Hoe to Do Pre-recorded Service Online

Our pastor does most of the planning, every week he prays so God would show him the text from the Bible he will preach on. He creates the outline, what parts will the online Sunday service have. When he has the text for his sermon, he gives our worship leader some ideas for songs to play and then our worship leader chooses how many the pastor says. It’s usually two for now. We have a Messenger group chat where we discuss the ideas for a given Sunday and there we also discuss what day we are going to record the entire program. So far we recorded two online Sunday services, last week on Friday and this week on Thursday. It took the whole day to edit. So, I would say Thursday is the best option, at least for us, it really depends on what goes into the final video. If you only record the sermon, it’s ok to record it on Saturday afternoon.

For recording, I’m the main tech guy, so I get to church an hour in advance, prepare the sound console, prepare my computer for multitrack recording and start setting up the cameras. Then when the recording starts (we start at 10AM) we first record the sermon and everything that is spoken word, and then we record the band.

For sound recording, we have our Behringer X32 digital sound console at church with an X-USB extension card (comes with the console). So I have my USB stick plugged into the board where I record the master output from the board (.wav format) and then I also have the console connected to my computer via USB cable. On my computer, I use a program called Reaper for a multitrack recording of the band. For spoken word, I record direct input (PreFader) to the USB stick and for the worship band, I record the master output from the console to the USB stick and the multitrack on my computer at the same time.

For the video recording, we have 4 cameras and 4 tripods. We set up the cameras from 4 different angles and leave them the same for all of the spoken words, then change it for the band. Before we start recording, I check every camera if it’s in focus, if it’s not over or underexposed and if all of the cameras have the same settings. When we start recording we press record on all of the cameras one by one and then we clap, so it’s easier to synchronize all of the cameras and the audio in post-production. We usually do just one take for every spoken word, but if someone makes a mistake, we do more. For the band, we do at least three takes for every song. The third take is almost always the best.

However, you don’t need all of this equipment, you can still make great content with just your iPhone. You can even set up multiple iPhones, for more angles. As for audio, an external microphone would be the best option, but if you don’t have one, you can either borrow one from a friend or use another iPhone for just the audio recording and then synchronize the audio with the video in post.

So far we did two recordings and the content varies, here are the programs for the last two weeks:

Do you know what a Third Culture Kid (TCK) is? Episode 10 of the “Josiah Venture Stories” podcast with Claire Patty is ready for you to listen... View Resource 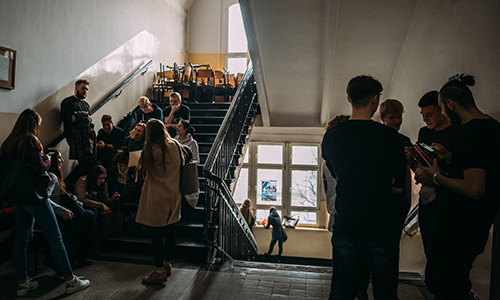 Category: Missionary Kids How National School Prepared Me for College in My Passport Country

In May of 2013, I walked out of a very familiar gray building—my Czech high school—for the last time as a student. The relief of completing... View Resource 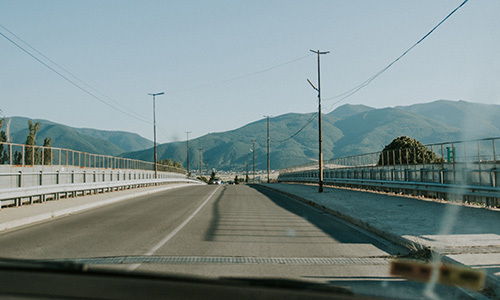 I remember the feeling like it was yesterday—rolling my tiny suitcase down the driveway, with butterflies in my stomach, eagerly anticipating... View Resource